If you clear it, will they come? 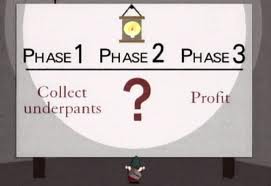 In last Sunday's paper, the Journal Sentinel editorial board says that "the best argument" for investing $35 million to clean up the (almost) "post-apocalyptic" Tower automotive site is that the private sector won't do it.

With all respect, that's not any type of argument for doing it. If the private sector would do it, there would be no need to even think about using tax dollars.  It is, at best, a necessary condition for consideration of the city's plan, but it's hardly sufficient.

Here is what is missing.

Why won't the private sector do it?

After all, $ 35 million is hardly beyond the capacity of private financiers. Ironically, the editorial board hits the nail on the head when it admits that it would "like to have a better idea of how this development fits into a comprehensive economic development strategy for Milwaukee" and that it remains to be seen " how to persuade businesses that returning to Milwaukee's central city is a good move."

This is a little like saying that my budget for next year is complete. Now I just have to figure out how to get some money.

Of course, neither the paper nor the city want to say that there is nothing that can be done to re-vitalize a huge expanse of land that looks like the set for "Escape from New York." Certainly, we can - we must - do something that can help. But wishing it were so does not make it so.  It's not as if there are no reasons to think that the area might not be an appropriate site for economic development, but the City's current plan passes a distressing resemblance to an episode of South Park.

Of course, I'm having fun and it may be that the project turns out to be the right thing. In fact, I sincerely hope it does. There may well be circumstances in which private money turns out to be necessary to unlock development and, while I think those circumstances are wildly overstated both by public officials and developers hankering for taxpayer largesse, it is possible that this is one of them.

But what planners hope will turn out to be another Menomonee Valley could end up as a second Park East corridor.

Would it be better to wait until there are some committed users for the site rather than clearing it on spec. the result may be a long, slow process of attracting small and marginal users. Perhaps that's the best use of the money. But shouldn't that possibility - perhaps even that likelihood - be acknowledged?

Posted by Rick Esenberg at 1:55 PM

When A.O. Smith sold to Tower Automotive in the purchase Agreement Smith Set aside a 50 million bond for future cleanup costs. Being a former employee of both companies I brought this to the attention of city officials and they did not know anything about this. Evidently when the city officials looked into this the bond had already expired.
Like any other former industrial site the city uses grants to cleanup and the former owners in my opinion get off the hook for the expensive remediation costs.

There are certainly ways to sue for cleanup costs, but that's not really my area. If they can, they should.

Anon cites a 50m bond that has "expired."

That is a startling assertion. More details would help us understand whether this was a huge missed opportunity or not, along with who dropped the ball.

In connection with the acquisition of APC, A.O. Smith agreed, subject to certain
limitations, to indemnify the Company for environmental matters relating to APC
arising from events occurring, or conditions arising, prior to the closing date
of the acquisition of APC. This indemnification obligation applies to claims to
the extent exceeding $250,000 submitted by the Company within three years of the
acquisition date. To the extent that such claims exceed $5.0 million in the
aggregate, A.O. Smith will indemnify 70% of such losses, up to A.O. Smith's
maximum $75.0 million indemnification obligation under the purchase agreement.
In addition, A.O. Smith has agreed to retain certain environmental liabilities
for, among other things, offsite disposal of hazardous substances prior to the
acquisition of APC.

That doesn't look like a bond but a fairly normal indemnity provision in a purchase agreement. It is not money available to the government for clean up but is an agreement of one to indemnify the other if the other incurred costs associated with the indemnity events such as an EPA or wdnr suit requiring cleanup.

Anon 8:24 suggests that the indemnification or bond or whatever is no longer relevant. Who owns the land now? The city? Did it acquire the land without seeking indemnification? That is, did the city get snookered?

Just think of it as a back payment to these fine companies (see Menomonie Falls/Kohl's for ) that nowadays receive their handouts upfront to do business in our towns. The same governments' offering tax breaks in exchange for moving to town shouldn't have a problem with paying to clean up after them during their insolvent years.