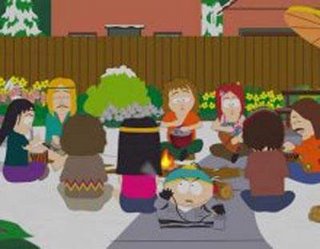 Some of my conservative colleagues may enjoy the fact that Feingold has few takers on his censure resolution. Charlie Sykes, for example, takes his shot here. That's fair and I would be the last one to step on the fun.

But, for Feingold, it doesn't really matter. In fact, that he can claim that he is to the left (or "ahead" as the MJS says) of his party just serves his narrative of being uniquely courageous and pure. Just as liberal Dems in the late '60s and '70s fought over who had been the among the earliest to oppose the war in Vietnam, left coast moneybags are going to be looking for someone who offers the clearest contrast to the Bushitler regime. Russ can offer the moveon.org/Michael Moore/Air America wing of the party an argument that he is the real deal because he's been willing to champion their views when others would not. There be cash there and votes in select primaries. It won't get him nominated, but it may make him veep-able.
Posted by Rick Esenberg at 6:43 AM