In the wake of Le Maverique's appearance on the Daily Show, Charlie Sykes says that Russ Feingold looks like comedian Soupy Sales. Yesterday, on Eric Von's show, I was told this was inaccurate and unfair.

I report. You decide. 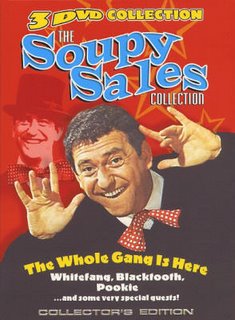 I appreciate that it'd be easier to compare if we had a picture of the Senator in a polka dot bow tie or of Soupy engaged in blatant political grandstanding, but I think the resemblance is remarkable.

Is this a cheap shot? Is it somewhat childish? Of course. On the other side, people claim that President Bush looks like Alfred E. Neumann.

And here's the President: 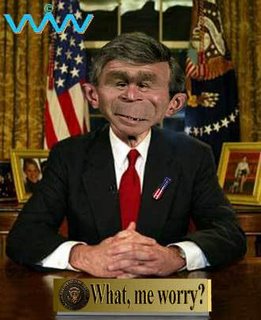 No, actually, this is the President:

I won't dismiss it out of hand, but not as close as Russ and Soupy.
Posted by Rick Esenberg at 2:21 PM

Russell Sayles. It sings! Why'd he change his name???

How low can one go.
I think it's funny.