Something Wal-Mart this way comes 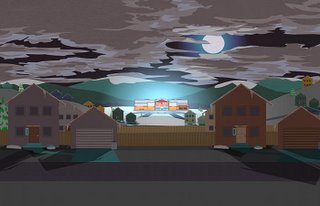 I have probably been in a Wal Mart less than five times in my life. My guess is that I have spent less than $ 15 on Wal-Mart merchandise (think I once picked up a medicine ball) - ever.

But its not that I think that Wal-Mart is an evil empire. Candor compels me to confess that I'm a bit of a snob. The prices are low, but the quality is not what I want and the ambience sucks. This does not, I am afraid, reflect well on me. I'll work on myself.

I prefer a different slant. Wal Mart associates are not highly paid, but that's long been the case in the retail sector. You don't get a lot of money for walking the aisles or manning the register at a big box store. That's true today, but it was also true when I worked at the Target on 27th & Layton in 1974. Its a low skill - high flexibility - entry level job. While people pick and choose statistics to either demonize or canonize,Wal Mart, it is seemos that it does not pay appreciably more or less than comparable employers for comparable positions.

What it does do is offer merchandise of acceptable quality at remarkably low prices. In that, it has probably done more to make life "affordable" than Gov. Doyle will so much as shake a pair of die at. And that, I think, is what drives liberals crazy. By its own efficiency and by, quite frankly, beating up on its suppliers. , Wal Mart has saved the working poor more money than a boatload of liberal nostrums could ever.

Although its profit margins are not all that exceptional, Wal Mart, in successfully serving the lower income consumer, has made its shareholders a boatload of money. Could it be that they have done good and done well?
Posted by Rick Esenberg at 8:55 PM

Regarding Wal-Mart, does the Shark have a concept of exploitation or "taking unfair advantage"? I'm sure the Shepherd did, but His point of view doesn't appear often in this blog.

The claim is that Wal-Mart exploits workers abroad who make its low-cost goods and then exploits workers here by paying low wages, blocking unionization, and offering lousy benefits. Taxpayers then make up the difference, paying for the healthcare Wal-Mart doesn't provide.

Perhaps we shouldn't do anything about this exploitation. The cure might be worse than the disease. But let's be honest about the Wal-Mart business model: naked exploitation.

I agree that both the Shark and Shepherd ought to be concerned about the poor, but I guess I missed the part of the Gospel that said this required the endorsement of dime store socialism.

People who go to work for prevailing wages in poorer countries are almost universally better off than before they were "exploited." My company is building a plant in China( to sell into the Chinese market, though, not to make stuff for sale into the US) and the prevailing wages over there are a fraction of what they are here. But the Chinese workers who earn them are going to be able to build a better life than they could be if no one came along and "took advantage" of them.

If, as US labor unions would have it, American companies were forbidden from following the local labor market, the jobs wouldn't exist and these workers would be, quite literally, back out on the rice paddies. Quite compassionate, that.

Back home, I suppose we could mandate that Wal Mart and other retailers pay more than a market wage in the US. Some workers would be better off -"less "exploited" if you will. But many others would be unemployed because it just wouldn't pay to hire them. That's a solution that's just chock full of love.

The next step might well be to mandate that it hire workers whose productivity is less than their salary. But we tried that. I think it was called the Soviet Bloc and I don't recall that the results were all that compassionate.

That's a weak reply, Shark. About what you would expect from a lawyer. So our choices are Wal-Mart capitalism or Soviet socialism. Either everybody is exploited or nobody is.

But there are many points inbetween if you think outside the black-and-white scheme dictated by ideology.

That's the problem with ideologues of the left and right: they're all so predictable and wooden. I can predict what position the Shark is going to take in every blog entry. His side is always right and the other side is always wrong. That kind of partisan mentality is precisely what is poisoning politics in America.

So I challenge the Shark to blog something unpredictable for a change and prove me wrong. I know the Shepherd could do it--He was no partisan ideologue. But can the Shark do it too?