I must defend the Wal-Mart 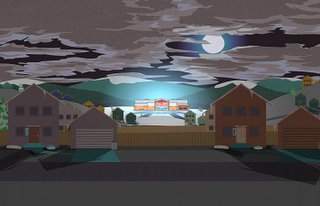 Jenna at Right Off the Shore and John McAdams at Marquette Warrior have commented on the New York Times' recent report on the release of internal Wal-Mart e-mails from a company forum in which managers get to ask questions of CEO H. Lee Scott.

As I have blogged before, I don't much like Wal-Mart and am probably in the bottom 1% of American consumers ranked by trips to a Wal-Mart. Basically, I haven't been.

But what I found interesting in the Times piece, in addition to the items discussed by John and Jenna, is the following comment by Scott on Wal-Mart's recent sluggish sales:

"Wal-Mart's focus has been on lower income and lower-middle income consumers," he wrote. "In the last four years or so, with the price of fuel being what it is, that customer has had the most difficult time. The upper-end customer got a tremendous number of tax breaks about four years ago. They have been doing very well in this economy."

As much as it must drive the left crazy, there is a great deal of truth in this. Wal-Mart has succeeded by providing adequate goods at phenomenally low prices to people who can't afford more. They have done it, in part, by paying employees in pretty much the same way that retailers have always done and - this is their innovation - by beating the bejesus out of their suppliers. I wonder if, at the end of the day, Wal Mart hasn't transferred income downward.
Posted by Rick Esenberg at 5:22 PM

One of the (well, my) great complaints about Wal-Mart isn't that they treat their employees badly, though in many cases (see all the DOJ judgments against them) they do.

The problem is in the "beating the bejesus out of their suppliers." When Wal-Mart ran its "Buy American" campaign a couple decades ago, they drove down quality of life for American manufacturing; that beating proved to be just a dry run for what they have done in China--leaving the beaten American workers not only beaten, but jobless. You might be interested in this story.

I also find it ironic--though I admit I am not completely familiar with your opinion on Bush's economic policy of cutting taxes for the rich and assistance for the poor, so I'm just extrapolating--that you don't comment on the CEO's free and open admission tha the Bush economy has favored the wealthy and screwed the poor.

I wonder if that might lead to a Wal-Mart political strategy of supporing Democrats in the future, as Dems are more likely to get more money back into the hands of Wal-Mart's customers.

I never go to Walmart, either.

But it's because I'm a shopping snob.

Jay, I'm not rich, yet my Fed taxes also went down. I go to walmart maybe, once every 6 weeks or so. There are some things I'll buy there, like toiletries or movies. Clothing wise, I definitely go elsewhere. I agree with the part about beating up suppliers, yet, if they agree to the terms wal-mart puts forth, well, don't complain. Sell elsewhere. There are other retailers. And yes, I do pay a little more to get an American product over a foreign one, when I can afford to.

I get tired of hearing Unions whine. Many times, they price themselves out of work, so no sympathy from me. I drive Semi, and have been on too many Union docks to sympathize with them. Most Unions today are the best place for a lazy person to go. You can't get rid of them.

Sorry, I think you got it wrong. Our government is the best place for the people you mentioned. It is unlikely to go out of business.

Don't feel sorry for Walmart because being shot at comes with standing tall.

On tax cuts, I am generally in favor because I believe, all things being equal, that lower tax rates lift all boats. I am only a partial fan of the Bush cuts in that 1)leaving the AMT in place has eliminated the tax cuts for people in high tax, high housing cost states. I am not rich, but the Dems would certainly say I am (and my earnings are in a pretty high percentile) and yet I have basically gotten no tax cut because of the AMT; 2)I do not favor lower rates on capital gains and dividend income. The tax code should be indifferent as to how you earned the money. The better solution to the real problems addressed by those changes would be to index the basis of assets and eliminate the corporate income tax; 3) I could care less about the estate tax.

As far as "screwing the poor," I won't agree that Bush has done any such thing. My own view is that spending money on poor people is fine as long as it is effective and the scandal of liberalism is that it hasn't been. In general, I think poverty programs should be generous, conditional and temporary.

How can Bush or anyone give a tax break to the poor. The reality is that the poor don't pay taxes. (Except for sales tax which members of both parties want to raise.) It becomes really hard to give someone who doesn't pay taxes a tax break unless you want to play Robin Hood and give them more money for being poor. (See Earned Income Credit)

If you want to help the poor out in the cost of the necessaties of life that Wal Mart sells, (clothing, shoes, tiolet paper, toothpaste, etc) reduce the taxes of the corporations that sell the merchandise.

Since we can't reduce the taxes of the Chinese corps or corps of the other 3rd world nations that produce those goods. We should reduce the taxes for WalMart, Cosco and Target. Competition will force them to lower their prices to their target group of consumers, the poor.

Side Note:
Has anyone been able to buy shoes that were not made in China lately. I had to buy new steele toed work boots awhile ago. I found one company that boosted the 'Made in the USA' label. I found them at Farm & Fleet. All others - Kohls, Warehouse Shoes, Target, Walmart -Made in China.

Yes, you can buy Allen Edmunds, but they just are not affordable for me. After all my wife is a lowly paid teacher for MPS. ;)

JP, I don't like Unions, period. Government or otherwise. They had a use at one time, and there are yet a few who seem to do o.k.
I agree, though, that the laziest of the lazy, seem to gravitate to government unions.