Jimmah: You Will Respect Mah Authoritah 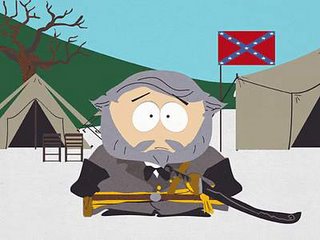 Former President Jimmy Carter manages to show his increasing lack of gravitas twice in less than twenty-four hours. First, he enters the fray on the NSA surveillance program by announcing it is illegal. He knows because he signed the FISA Act into law at the same time that he and Sen. Frank Church were gutting the rest of our intelligence-gathering abilities.

Guess what? I don't know whether the NSA surveillance program is illegal and neither does the increaingly sanctimonious Carter. Part of the problem is that no one knows exactly what the program entails because, everyone agrees, the precise nature of the program needs to remain classified. The repeated claim that the administration "could have" obtained warrants after the fact might be true, but no one who is making it really knows if that's the case.

The legality of the NSA program would make a great law school exam hypothetical. The Constitution probably permits it, but you could make an argument the other way. The language of the FISA Act probably forbids it, but there is some wiggle room (depending on precisely what they are doing), and, after the Supreme Court's decision in Hamdi in which a majority of the Court found that the Authorization to Use Necessary Military Force after 9/11 authorized detention of American citizens who were enemy combatants, it is just not clear that Congress didn't grant the President this authority under the AUMF.

And even if the FISA act forbids it, there is a neat question as to wheher Congress has the authority to place such a restriction on the President's exercise of his power as Commander-in-Chief.

Having presided over one of the worst administrations in American history, you'd think he'd have the decency to slink off into anonymity. Play golf. Build houses. But please don't continue to bore us. Over twenty-five years ago, we told you that we don't care.
Posted by Rick Esenberg at 10:58 AM

I don't know whether the NSA surveillance program is illegal and neither does the increaingly sanctimonious Carter.
What we do know is that the president, by his own admission, sidestepped the plain language of FISA. He has not argued that FISA was unconstitutional, just that he didn't have to follow that law.

Seems to me that if you admit to, say, jaywalking (no relation), you have admitted to doing something illegal. That doesn't mean a jury would convict you or that it is worth the time and resources to prosecute you, but it still means you did something illegal.

I agree that there's a great deal of robust debate to be had about whether the president was within his authority to break that law, and whether breaking that law was justifiable, but there is no question--even from the White House--that he violated the FISA statutes.

it is just not clear that Congress didn't grant the President this authority under the AUMF.
I would argue that it is clear, for three reasons: One, subsequent revelations have shown that the administration sought explicit language in the AUMF and was rejected by Congress. Two, Congress amended FISA in the U.S.A.P.A.T.R.I.O.T. Act, opting not to make explicit the permissability of the NSA program. And, three, the administration itself rejected language from Senator DeWine that would have given them less of an increase in authority than the NSA program would require as unnecessary and "possibly unconstitutional." (These are all Googleable; I'm just too lazy to link.)

The AUMF defense is merely one in a myraid of excuses (like the debunked "Clinton did it") run up the flag to see if anyone would salute.

The three arguments that you make regarding construction of the AUMF are legitimate (remember I said that there is a good argument that FISA is violated), but not dispositive. I think Hamdi puts the administration in the game on AUMF.

If the administration though FISA were unconstitutional, they had five years to take it to court and have it struck down. They have had two months since the NSA program was revealed to systematically lay out the case for why it should be struck down.

Instead, they have stuck with the "I'm the boss and I don't have to do what you say" defense. Not convincing.

You can't just"take FISA to court," there has to be a case or controversy, i.e., an actual case of some actual alleged violation. In this case, that would mean going public with a program that everyone agrees should not be made public.

Within that limitation, they have been making the case. That you don't buy it is your prerogative but they've done a lot more than just say "we're the boss."